A Level Geography: Migration Negatively Impacts Upon Economic Equality Between The Origin and Destination Country

10 Jun A Level Geography: Migration Negatively Impacts Upon Economic Equality Between The Origin and Destination Country

Posted at 13:50h in Geography by Beth Young

In this edition of Endoxa essay help we are going to be looking at the argument that “Migration negatively impacts upon economic equality between the origin and destination country.” We will be looking at the points you can use to support this argument via the use of a case study whilst also looking at how to use these points to create a strong and persuasive argument. We will be looking at how you can go about answering this exam question from the A-level geography specification effectively in order to help you gain the highest marks in future exams and essays.

So, what is migration?

Migration refers to the movement of people from one place to another, it occurs when the perceived interaction of push and pull factors overcome the friction of movement. Migration can be voluntary, for work or economic gain, or involuntary, for example to escape political persecution. For this essay question we will be looking at the voluntary migration patterns affecting Laos.

Let’s look more closely at the Laos case study to help us support the argument that migration negatively impacts upon economic equality between the origin and destination country. Laos is a relatively low-population nation with only seven million as of 2018, with 1.3m Laos-born emigrants living abroad. 930,000 of these live in Thailand alone, making it clear that migration has a large influence in Laos. Let’s look at the arguments for and against mass emigration affecting Laos socially, economically and politically.

Here at Endoxa, we’ve devised a. revolutionary way of displaying arguments, simply, and graphically. Sign up for a two week free trial, to see for yourself.
Try Now!

Does migration negatively impact upon economic equality between the origin and destination country?

Let’s introduce the first argument point, that migrant flows in general result in a lower birth rate in the origin country.This is due to the fact that migrant flows are disproportionate since they consist of young people of reproductive age.I In turn, a drop in the number of people of reproductive age causes a reduction in the birth rate of a country.

We can support the above argument using a statistic from the Laos case study. Between 1993 and 2017 the birth rate has dropped from 42 to 23 per 1,000 people. If the birth rate in the country is reduced, this causes a knock-on effect on the size of the workforce. This can once again be supported via the Laos case study. The percentage of the population of working age in Laos has decreased by three per cent between 2017-2018, demonstrating that the migration out of Laos is resulting in a decrease in the working population.

The above is an example of the counter argument, knock-down method which is explained further in this article. Using this technique shows critical understanding and allows you to access the highest marks in your exams and essays.

Out migration results in reduced production and consumption of goods

As argued in the previous section of this blog article, migration causes a decline the size of the work force. This results in labour shortages which in turn reduce productivity and consequently reduces the production and consumption of goods and services. Therefore, we can argue that migration results in reduced production and consumption of goods in the origin country.

Since production and consumption are a contributor to a county’s gross domestic product (GDP), migration itself can reduce the GDP of the origin country. Once again, we can utilise the example of Laos to support this point.The GDP of Laos is only 13 per cent of that of the Association of South East Asian Nations (ASEAN) and it is growing much more slowly compared to other nations in the region. Since the migrant workers who leave Laos help to increase the GDP in the destination country — whilst also reducing GDP growth in their origin nation — it can be argued that migration negatively impacts economic equality between the origin and destination countries.

The above is a well-developed and critically argued explanation that migration negatively impacts economic equality between origin and destination countries. Using the techniques outlined in this blog post allows you to access higher marks for critical argument and evaluation in your essays and exams. 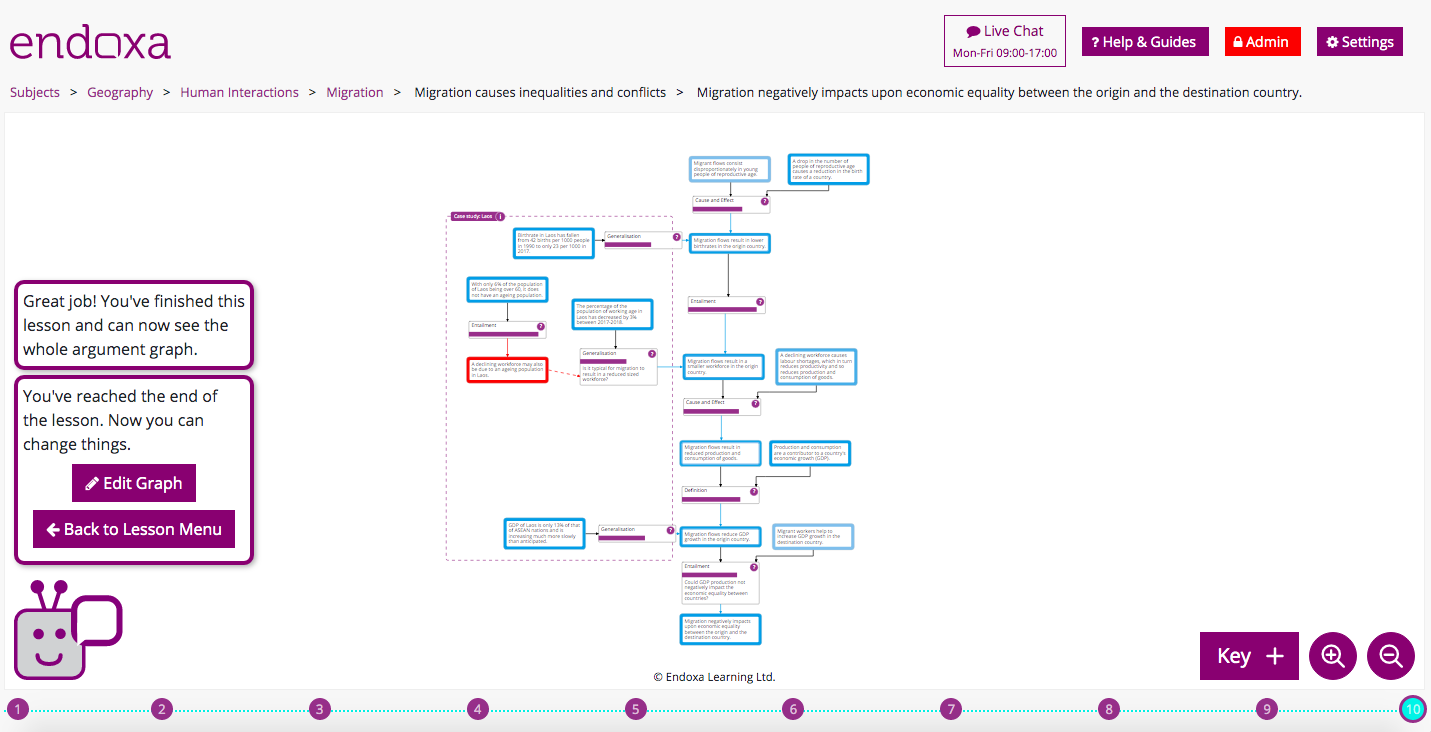