The “Need to Know” About Cognitive Load

09 Feb The “Need to Know” About Cognitive Load

Posted at 12:40h in Teaching by Rosie Brown

Cognitive load theory has been a big buzzword in education in recent years, including within Ofsted research. Most teachers have heard of this theory and many are successfully integrating it into their teaching methods. However, Teacher Tapp found that while most teachers are aware of cognitive load theory, many do not know what it is!

Read on if you’re a teacher (or anyone else) who wants to get to grips with the science of cognitive load. 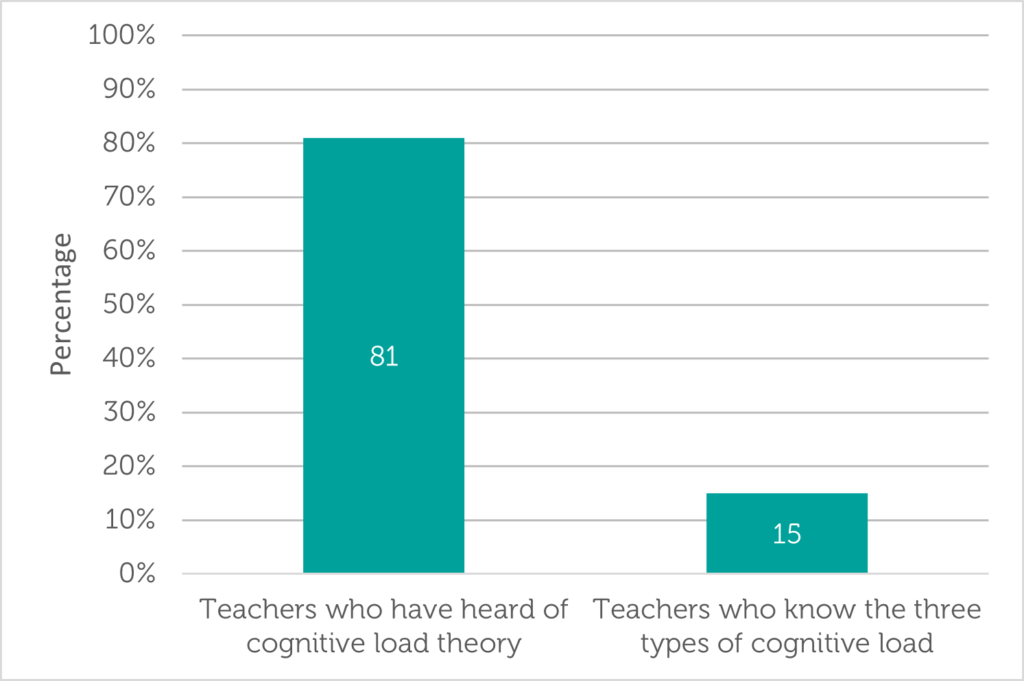 What is Cognitive Load Theory?

Ofsted call cognitive load theory “an important contribution to learning science”, but what is it? Cognitive load theory has been around for over three decades, but it wasn’t until the last few years that it really started to take off in education. Sweller (1988) first introduced this concept that our long-term memory is practically infinite, whereas our working memory is limited. So if we overload our working memory, we are unable to commit information to our long-term memory. To ensure learning is effective we need to avoid adding too much “cognitive load”.

The 3 Types of Cognitive Load

Imagine telling a student to read a list of European capital cities and to recite it perfectly a while later. This is the information that we are going to expect the student to learn. It will form the intrinsic cognitive load of the learning experience, which means that it is the unavoidable load associated with learning this information.

Now imagine teaching these capital cities by showing a loud, music-filled video clip from each city’s tourist agency, while asking the student to sort the cities into alphabetical order. It sounds fun, but this is where we risk cognitive overload. Additional cognitive resources are taken up trying to make sense of this additional information, which we call extraneous cognitive load. This becomes a problem when there is already a high intrinsic load because the student’s working memory is split between these two types of cognitive load. If the student’s mind is occupied by extraneous load, they might reach the limit of their working memory and forget the capital of Greece.

To make it easier for the student to deal with the intrinsic load, you might remind them of a lesson that you taught on Greece last term, when they learned that the Parthenon is a popular tourist destination in the capital city of Athens. This encourages the student to use their germane cognitive load, which is an important aspect of the learning process.

Element interactivity is an important aspect of cognitive load. This refers to the complexity of the information being learned, based on how its different “elements” interact. The greater the element interactivity of the information that needs to be learned, the greater the intrinsic load. So, learning that Paris is the capital city of France is easier than learning the timeline of the French Revolution. Element interactivity also affects the extraneous load, such as when a piece of text uses highly descriptive, vocabulary-intensive language to teach a simple concept that could be taught in a few simple words.

To reduce the challenges to cognitive load that are introduced by high element interactivity, you can make use of the isolated-interactive elements effect. When high element interactivity pushes cognitive load to the limit, we can help students to learn by presenting the information as multiple smaller elements. These “isolated” elements can be processed more easily and once learned, reconnected to learn the entire concept. You might teach some of the more interesting events of the French Revolution separately, before encouraging the student to use their germane load to connect the different events in a later lesson.

Importantly, this effect benefits students with a low level of knowledge, but research shows that this is no longer helpful once the level of knowledge is very high. This is called the expertise reversal effect. 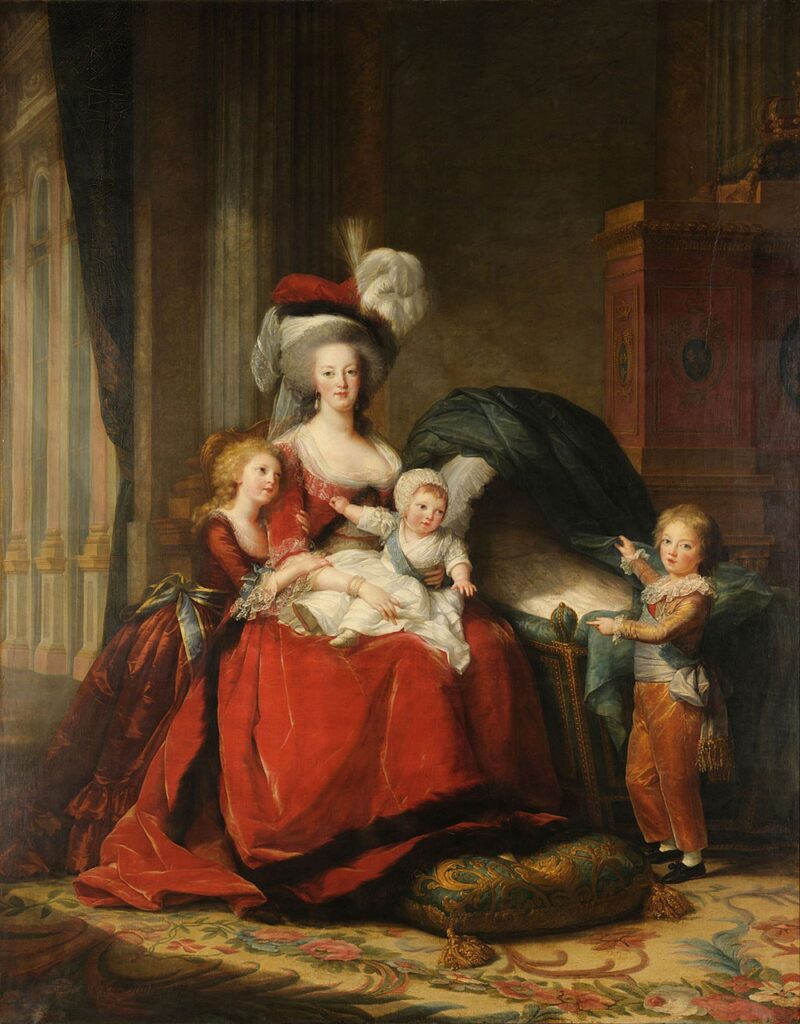 The “elements” that make up a piece of information vary by person, depending on the schemas that they have acquired. Schemas are mental constructs that a person develops which allow them to process more information without overloading their limited short-term memory.

For example, a young child might develop a schema about a dog including the characteristics of having four legs and fur. They can then easily add more information to this, such as that most dogs are friendly. When they walk down the street and come across an animal matching this description, they will now be able to easily recognise that it is a dog – and therefore quickly realise that it is probably friendly. But if they go to the zoo, they might see another four-legged, furry creature. However, this one is orange, has stripes and isn’t friendly. The child will need to develop a new schema for the tiger, but the existing schema of the dog will make this process easier. With enough schemas about different animals, the child can more easily develop more complex schemas, such as a schema for mammals or the food web. 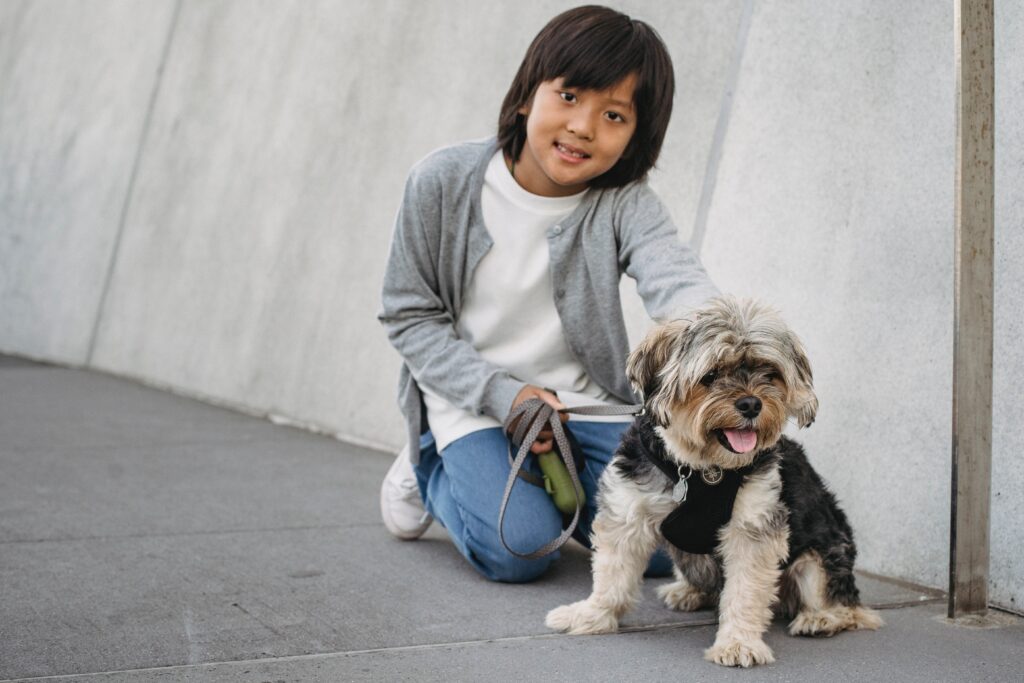 From Sam Lion on Pexels

The more schemas a student can acquire and the more information they can fit into a single schema, the more easily they can learn complicated concepts and apply them without cognitive overload. This also reduces the number of elements that make up a concept that is being learned.

Cognitive load theory is an increasingly important concept in the world of education and its scientific backing means that it is valued by Ofsted. Knowing your stuff about this theory is essential for keeping up with cognitive science trends in teaching, as well as for applying it to your lessons successfully.

See our longer article for further explanation and a selection of academic references.