Posted at 16:03h in Teaching by Rosie Brown

Argument mapping is a method of presenting arguments as diagrams that aims to make the arguments easier to follow and learn. At Endoxa Learning, we believe that argument mapping is an important way of using students’ cognitive load effectively and maximising learning – and this is backed up by research. If you need a refresher on key terms, read our article on cognitive load theory first.

Reading Arguments as Prose Uses a Lot of Cognitive Load

A geography student might need to learn the scientific argument that humans are causing climate change. This argument would usually be written out as prose (i.e. paragraphs of text), and is a lot of information for the student to take in at once. Prose normally includes additional information apart from the argument, or complicated vocabulary, that add to the extraneous load, making it harder for the student to learn the argument. In addition, element interactivity of argumentative prose is high, since the relationships between different statements may not be obvious in text, requiring students to work out how they fit together to create an argument.

It is important to remember that text in the form of prose is linear, while arguments are usually branched. This means that reading an argument that is written in prose can require switching backward and forward between paragraphs to fully understand the argument. This “attention switching” makes learning slower and less effective since it also increases cognitive load.

So how can we address these problems?

Argument mapping was developed as a way of reducing the cognitive load involved in learning arguments. In an argument map, the extraneous load is reduced by only including simple statements that are essential to the argument. The student has far less to read to understand the argument.

Furthermore, the relationships between different statements are clearly signified by arrows that connect them, and the diagram is structured non-linearly to make the overall structure of the argument more obvious and eliminate attention-switching.

Argument mapping further reduces the challenge of element interactivity by dividing arguments into individual steps, allowing each step of the argument to be read and learned individually. This follows the isolated-interactive elements effect and helps students to learn complicated arguments without facing cognitive overload. 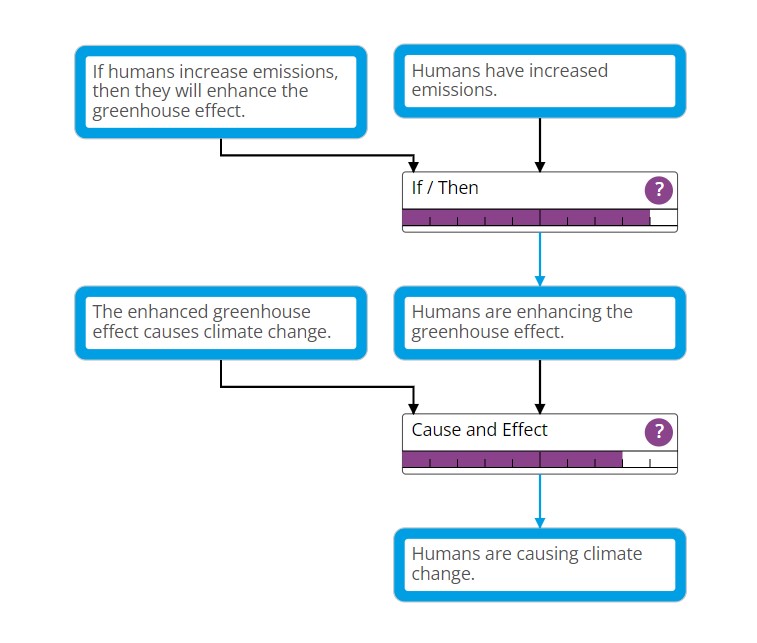 Let’s look at the example of a student studying the argument that humans are causing climate change. If this argument is completely new to them, trying to immediately get from “humans have increased emissions” to “humans are causing climate change” might not make sense, because they have not developed a schema about the relationship between emissions and climate change. In an argument graph (Figure 1), the student can first focus on the connection between greenhouse gas emissions and the enhanced greenhouse effect. Once they have grasped this connection, they can move onto the relationship between the enhanced greenhouse effect and climate change. This allows the student to learn the argument without experiencing cognitive overload. Written as prose, the connections between these individual concepts would not have been as obvious.

Endoxa Learning uses a limited menu of ‘argument types’ (known as ‘argumentation schemas’ in the literature) which connect premises to conclusions and are models of different kinds of reasoning. Students quickly get used to these (automation), which makes understanding an argument much faster. For example, in our software, there is one argument type for ‘Analogy’, but in prose, there are countless ways in which an analogy can be presented.

As the length and complexity of argumentative prose increases, so do the cognitive load benefits of using an argument graph. Argument graphs for longer arguments will have multiple sections. Students who have had some experience with reading argument graphs can start to skip over individual argument steps and go straight to reading a whole section of the argument graph at a time. The student will have automated the process of reading an argument graph, following the expertise reversal effect. Argument types also make it much easier to spot bad reasoning. Once a student is comfortable with an argument type, they can see what kind of premises are required to reach a given conclusion and vice-versa. This also makes arguments quicker for teachers to check.

Finally, we believe that one of the most beneficial aspects of argument graphs is their ability to save cognitive load on understanding text, so that the student can quickly start to add their own ideas to the argument. By reducing extraneous load, we encourage the student to recall related knowledge using their germane load. The student can make links between the argument graph and this existing knowledge by using our unique edit mode. Our argument graphs don’t just help students to learn arguments. They encourage them to expand on them and to confidently apply their own knowledge to complex academic concepts. 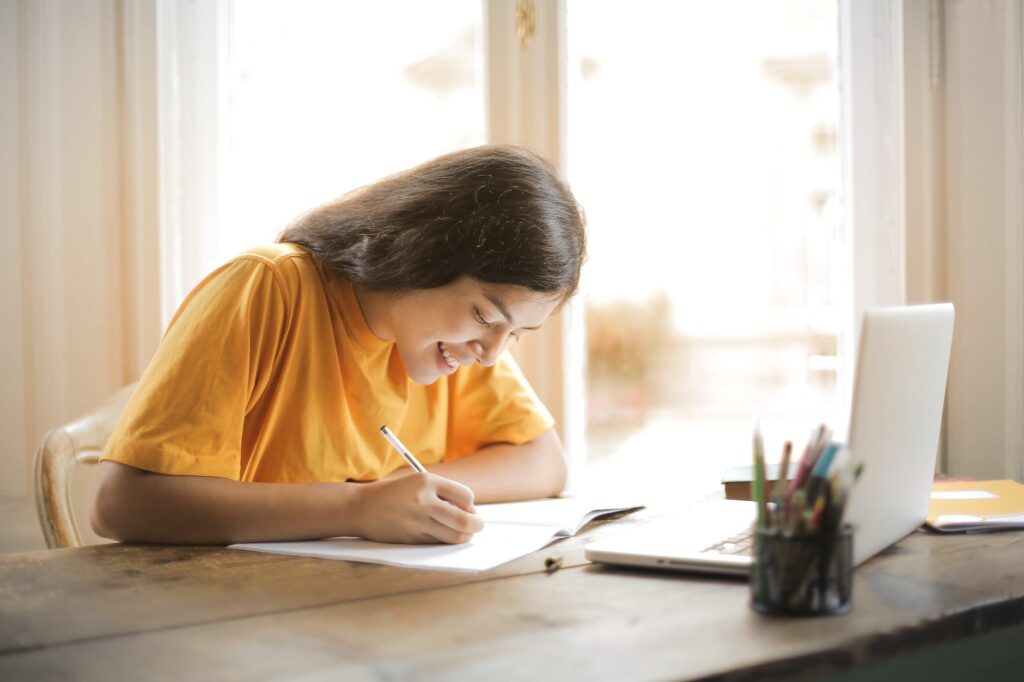 Image from Andrea Piacquadio on Pexels

See our longer article for further explanation and a selection of academic references.