Posted at 12:48h in Business Studies by Beth Young 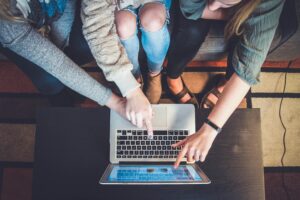 Assessing the level of protection given to consumers through government legislation

In this post, we are going to demonstrate the argument that government legislation in the United Kingdom has served to protect consumers in their interactions with businesses. Put simply, legislation is law that has been enacted by a political body – in the case of the UK, by Parliament. We will be focusing on two particular pieces of legislation in this post: the Trade Descriptions Act (TDA) of 1968, and the Sale of Goods Act (SGA) of 1893.

The TDA, updated in 2008, forces companies to ensure every claim they make is true. At the root of this is a desire to prevent falsehoods within business advertising to go on unchecked that could potentially provide consumers with false and unrealistic expectations of the product they are going to buy. Without the TDA, companies would be able to bend the truth in order to improve their sales.

The TDA’s prowess in preventing falsehoods is demonstrated in the case of Danone. Danone, the company responsible for the sale of Activia and Actimel yoghurts, have repeatedly been forced to rescind “over-claims” about the health benefits of their products. In October 2009, they were forced to back down after the Advertising Standards Agency (ASA) found that “claims [their yoghurt] helped protect school-age youngsters against illness were not supported by evidence,” according to the BBC at the time. The TDA has made businesses more cautious about playing fast and loose with the truth. In Danone’s case, their share price dropped 3.6 per cent in response to the advert being pulled.

There are, then, tangible ramifications for violating the premises of the TDA. Generalising from this, we can say that through fair competition legislation such as the TDA, governments have demonstrable power to limit businesses’ claims to the truth.

The Sale of Goods Act, 1893: making goods fit for the purpose for which they are sold

The SGA, updated in 1979, says that “goods must be fit for the purpose for which they are sold.” Initially, this stemmed from the fact that before the SGA, consumers had no right to get their money back on “cures” for cancer and “bad blood.” Though perhaps symptomatic of the time, the fact that businesspeople were selling such “cures” is symbolic of the belief that, if given the chance, they will play fast and loose with the truth to simply make a sale.

In 1893, and again in 1979, it was decided that it was necessary to ensure claims are provable, so that businesspeople could not cheat British consumers. The SGA did just this, by installing a promise that if goods were not fit for purpose, then consumers are entitled to their money back. Essentially, then, businesspeople were prevented from lying to make a sale, as consumers were provided with a valid, tangible form of recourse.

As with the TDA, the SGA can be generalised to assert that fair competition laws on the part of the government have ensured businesses uphold the truth.

Using legislation as a tool to encourage fair competition between businesses

In this post, we have used the TDA and the SGA to emphasise the role that government legislation can have in protecting consumers. By ensuring fair, product-based competition, the government has succeeded in creating a broadly level playing field among competing businesses. The TDA and the SGA are to the great benefit of the consumer since these two pieces of legislation lessen the chances of businesses exploiting the public for profit.

See the below argument graph for a visual tour of the case for wether legislation protects consumers:

Login to the Endoxa Learning app to learn more about secondary market research and explore our A Level subjects and lessons.